add this
German Shepherd at doggieplanet - dogs trust Emersons finest
Here at doggieplanet we sell Emerson’s Finest dogfood, a premium natural healthy pet food. We are based in Hornchurch near Romford Essex; we deliver free to all local areas in England & Wales. We are providers of a more natural petfood for Alsations’ that is good for the breed and great food that aids growing & development, of skin, bone, muscle, and temperament. The dry kibble is hypo-allergenic & perfect choice for puppy, adult & senior dogs. We also provide a grain free and allergy control variants. Gun dogs and working dogs are also catered for with our range of prime meat, muesli, cereal and fish based foods. Free of artificial ingredients and made in the UK.
shop at emersons 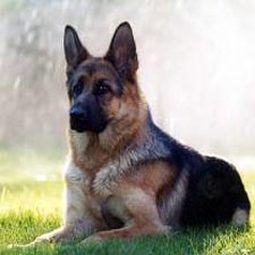