Does Protein Levels matter in your dog's diet? 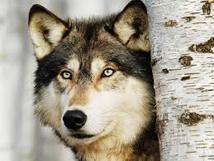 Like everything else in the dog behavior world the answer is, well that depends. I've been searching for a while for information regarding protein levels in dog food affecting behavior. I knew I had heard about a possible link to high protein causing or exacerbating problems like aggression and hyperactivity but I couldn't put my finger on where the info came from originally. (Though I am quite sure Dr. Dodman had spoken about the subject at the seminar I attended.) I did some internet searching here and there but nothing came back that answered my questions specifically. (Many veterinary sites are private which didn't help.)

Fast forward to a discussion with a dog food rep recently and I asked her if she had heard about the possible
aggression link. She said she had some info she could send me. Well it arrived today so I am going to type out the part of the report that deals with the protein level question. This is the closest I have come to the information I was
looking for. It is long because I am including the whole section because there is other info included that I found relevant to dog training as well. The references are listed in the article and included at the end of the article. I
highlighted a couple tidbits I found interesting.

This is an excerpt from "Dietary effects on canine and feline behavior" by Katherine A. Houpt, VMD, PhD and Steven Zicker, DVM, PhD. (Taken from The Veterinary Clinics Small Animal Practice book 2003)

An interesting effect of food on behavior is the motivation of dogs for different foods. A hierarchy can be constructed based on the frequency with which dogs display aggression over a particular food. Most dogs aggressively defend rawhides. Next in attraction is any human food, bones, and toys. A few dogs guard their ordinary ration of food, and fewer still protect their water dish. (Fig. 1) From the blog author: Figure 1 is a bar graph showing the percentage of dogs that guard, to the resources listed with the highest bar at Rawhide, table, bone, toy, biscuit, dog food, and water in descending order. Table equaled human food.

A standard instruction to owners of aggressive dogs is to obtain dominance over the dogs by eating before the dog is fed. Forcing the dog to wait to be fed results in more food begging and general unruliness at dinnertime. Furthermore, it seems highly unlikely that the dogs equate the people seated at the table eating salad with a fork and drinking wine from a glass with a pack of dogs vying for a bite from a carcass. In fact, Jagoe and Serpell [14] found that dogs that were fed after their owners were more likely to be aggressive to strangers.

There have been two studies directly testing the hypothesis that higher protein diets lead to aggression. The first
compared scores for two types of aggression and hyperactivity. The types of aggression were territorial and dominance. Owners scored the dogs on a 10-point scale, where 0 was no aggression and 10 was uncontrollable aggression when strangers entered the house (territorial) or when the dog bit, lunged at, or chased family members, becoming worse with disciplined (dominance) in many circumstances.

The diets were 10%, 25%, and 32% protein, which corresponds to 2, 3, or 4 g of protein per kilogram of body weight, and were fed for 2 weeks. Fat was substituted for protein in the lower protein diets. There was no significant effect on dominance aggression and a trend toward decreased aggression when the dogs were fed the higher protein diet.
Aggression toward strangers was significantly greater when the dogs were fed the higher protein diet. Within that group were dogs that were offensively aggressive and dogs that were defensively (or fearful) aggressive.
The fearful dogs improved most when fed the lower protein diets. Control dogs were scored for the same behavior and showed no change in score with diet. [15]

In the second study, there were four diets, high (30%) and low (18%) protein with or without 1.45 g of tryptophan per kilogram of diet added to the basal diet of 0.15% tryptophan per kilogram. The significant effects were that dominant aggressive dogs fed high-protein diets without tryptophan were more aggressive than those fed the other three diets and that dogs fed the low-protein diet plus the tryptophan were less territorially
aggressive. There were no dietary effects on fearfulness, hyperactivity, or excitability [16]. Diets formulated for dogs with renal disease and some commercial diets for normal dogs are lower in protein than the low-protein diets tested and may be more effective. On the basis of the Dodman et al [15] and DaNapoli et al [16] studies, lower (18%) protein diets should be recommended for aggressive dogs. This is in contrast to earlier suggestions that high-protein diets might improve behavior
[17].

The reason why low-protein diets and tryptophan may reduce aggression is that tryptophan is the precursor of serotonin; it is converted by tryptophan hydroxylase to 5-hydroxytryptophan, which in turn, is converted to
5-hydroxytryptamine or serotonin. Serotonin is a neurotransmitter associated with feelings of well-being and satiety. Tryptophan is found in low concentration (<1%) in most protein sources. It must compete with other large neutral amino acids for a common blood-brain barrier transporter mechanism. Increasing dietary tryptophan increases brain serotonin. The lower the protein level the diet, the higher is the ratio of tryptophan to large neutral amino
acids and tryptophan transport to the brain. Tryptophan has been shown to decrease aggression in chickens [18] and primates [19]. Care must be taken when adding amino acids to a diet however, because an imbalance in amino acids and consequent anorexia could result [20].

Tryptophan (IUPAC-IUBMB abbreviation: Trp or W; IUPAC abbreviation: L-Trp or D-Trp; sold for medical use as Tryptan)[2] is one of the 20 standard amino acids, as well as an essential amino acid in the human diet. It is encoded in the standard genetic code as the codon UGG. Only the L-stereoisomer of tryptophan is used in structural or enzyme proteins, but the D-stereoisomer is occasionally found in naturally produced peptides (for example, the marine venom peptide contryphan).[3] The distinguishing structural characteristic of tryptophan is that it contains an indole functional group. It is an essential amino acid as demonstrated by its growth effects on rats.

Now I know there is some discussion on the TYPE of protein being important. These tests were done with dogs using a kibble based diet. Iknow raw feeders do not typically find this a concern because of the difference in how the protein is digested and processed. If anyone has more recent studies to refer to I would love to hear about them.